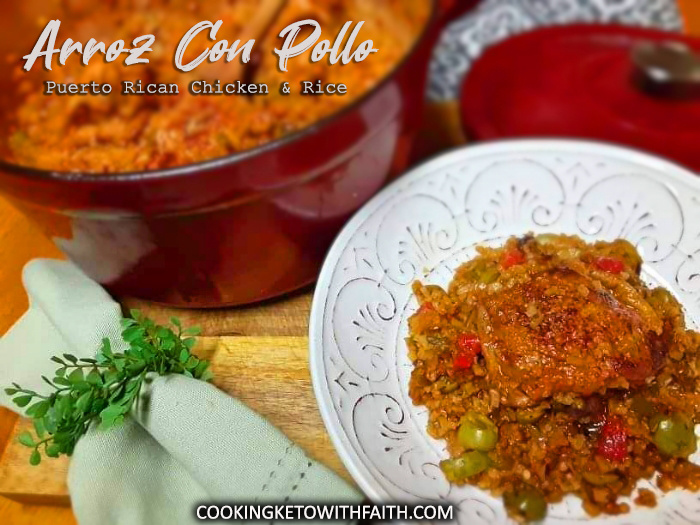 Arroz Con Pollo is basically a latin chicken and rice dish.
It’s popular everywhere from Spain, to Mexico, Columbia, the Dominican Republic, but none take this dish more seriously than Puerto Rico!
Every Latin family’s Abuela has their own recipe and hand me down secrets, but this is OUR keto interpretation of this classic dish.
So again, as with ALL OF OUR RECIPES, take them, use them, tweak them and make them your OWN!!

Nearly every great Arroz con pollo starts with a SOFRITO base, but the Puerto Rican version uses a green sofrito base called Recaito.  It’s basically a few ingredients whizzed up in a blender or food processor to make a paste.
If you have a Mexican/Latin grocery store available to you;  you can often find a jarred or frozen version available, but if you don’t, I have included a very basic recipe using Grocery Store ingredients.  It might not be as AUTHENTIC, however in a dish like this, the difference will be negligible. 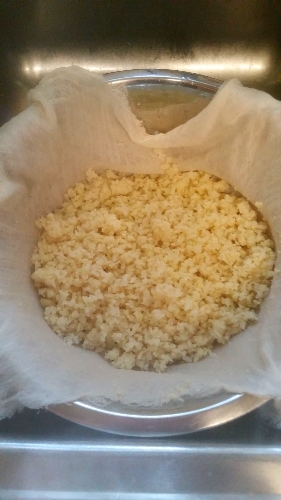 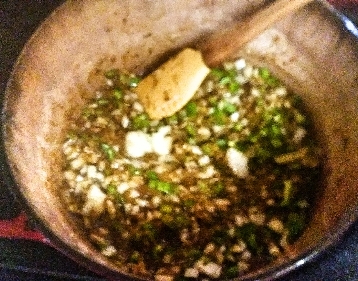 Cooking Keto With Faith is a participant in the Amazon Services LLC Associates Program, an affiliate advertising program designed to provide a means for sites to earn advertising fees by advertising and linking to amazon.com